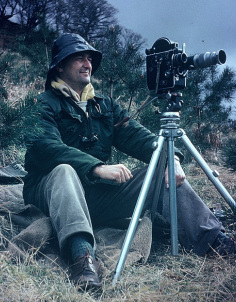 Beyond the usual rumours surrounding the mystery, Tim knew little about the loch or its fabled inhabitant. However, the article ignited his interest and he decided he had to know more.

Over the following twelve months Tim investigated over 100 sighting reports of a strange creature in Loch Ness. He delved through newspaper cuttings and studied eye-witness accounts, analysing every detail. His research brought him to an incredible, and to most people seemingly improbable, conclusion.

From the body of evidence he had painstakingly scrutinized, Tim rationalised there were, in all likelihood, large, unknown aquatic animals living in Britain's largest body of fresh
water, Loch Ness.

April 1960, armed with nothing more than the knowledge gained from his investigations and a borrowed Bolex ciné camera, Tim visited the loch. 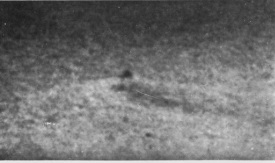 After five days of scanning the surface he set out early on his last day, April 23rd, to spend a few hours watching the water at the Fort Augustus end of the loch.

After his morning vigil, with not a sign of the monster, while driving back toward the hotel at Foyers, Tim spotted a large, cone-shaped object lying motionless in the middle of the loch.

He stopped the car and, using his binoculars to get a closer view of the unusual object, quickly realised what he was looking at was unlike anything he’d ever seen before — and then it started to move ... read more